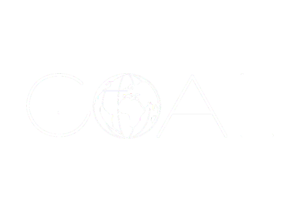 We are proud to have GOAL our charity partner.

GOAL is an Irish humanitarian response agency that has been responding to crises around the world for over 42 years. GOAL have worked in over 60 countries in that time and currently have offices in 13 countries, though they are providing support in some form in over 17.
GOAL have almost 2,500 committed GOAL staff around the world, with only 100 of them here in Dublin. This is because the heart of the organisation is in the field working alongside vulnerable and poor communities every day.
GOAL focus on four areas in our work – emergency response, health, nutrition and livelihoods (that’s work to you and me), but the complexity of the many different contexts that they work in means that no two programmes look the same.
Every day we see big global issues at play. For example, migration and displacement, conflict and climate change impact the communities we work in very real ways – that could be drought that causes crops to fail, violence that forces a family to flee their home or storms that destroy an entire village.
For example, in Ethiopia GOAL could be distributing food to a community because of a severe drought in one part of the country, while dealing with the impact of conflict in another region. In the west of Ethiopia, GOAL support refugees who have crossed the border from South Sudan in a large refugee camp there – and this is one area that Enterprise Ireland’s support could make a real difference.
In March the GOAL teams in Malawi and Zimbabwe have been responding to the huge destruction caused by Cyclone Idai across southern Africa. The scale of devastation is enormous – people have lost everything – their homes, possessions and often family members and friends.
the GOAL teams there have worked non-stop since the Cyclone hit, pushing themselves to their very limits. In Zimbabwe, GOAL led the response, providing essentials like food, shelter, water and jerry cans to carry it. This is life saving work and simply not possible without the support of organisations like Enterprise Ireland.
And now, as the flood waters recede, the next stage of GOAL response begins, helping communities to get back on their feet – remember that crops and livelihoods have all vanished and the months ahead will be hard. And that is one of the things that makes GOAL different, GOAL will be there after the headlines are gone, to help those in need.
GOAL’s work is wide and varied depending on the location and context, but the characteristics you would recognize no matter what GOAL program you visited are things like the 100% commitment from GOAL staff to go the extra mile, a deep empathy with the people we support and the speed and quality with which the GOAL team do the work.

Find out more about GOAL by watching this video: